The Parliament Buildings of Canada are located in the capital city of Canada, Ottawa. They’re beautifully designed buildings that represent freedom and democracy and they’re where Canada became the country it’s known as today. If you’re able to then taking a Parliament of Canada Tour is one of the best ways to learn more about the Canadian Political system, to see a great historical part of Canada and it’s one of the best things to do in Ottawa! It’s also an essential part of a Canadian Bucket List so why not go?

How to Get Tickets + Things You Need To Know Before Visiting

The Parliament of Canada tour is completely free but the schedule of the tours do vary. For up to date timing I’d recommend checking out the visitor’s section of the Parliament website (scroll down to the Centre Block Guided Departures Section). Once you’ve made sure that tours are running on the day you wish to visit you’ll need to head to 90 Wellington Street (across the street from the Centre Block Parliament building. It’s pretty hard to miss it, it’s the one with the line out the door and the big Terry Fox statue in front. Tickets start at 9 am in the morning so you can head there a little bit earlier to guarantee a spot. Tours are first come first serve so you’ll have less choice in times the later you join the line up.

Reservations are only made for groups with over 10 people and can be booked online here or by calling 613-996-0896.

Once you’ve received your ticket and checked in your large bags if necessary head towards Centre Block across the street. If your tour time is fairly immediate you’ll head directly towards the visitor entrance which is located at the base of the Peace Tower. You’ll be asked to go through a security check once you enter and then you’ll be waiting inside the visitor welcome center for your tour to begin. There are washrooms available so use them if needed.

If your tour is not immediate, check out the below section on the exterior for things to do in the mean time!

Depending on how many people that were ahead of you in line, odds are that you’re going to have a little bit of time to kill before your tour starts. Luckily for you there’s plenty of things to see/do around the outside of the Parliament Buildings that will definitely keep you occupied.

Walking up the path towards Center Block you’ll see a large metal fountain with a flame burning in the middle. This is the Centennial Flame. It commemorates Canada’s 100th anniversary as a Confederation. The flame was lit on January 1, 1967 and stays lit by natural gases. The plaques around the fountain represent each of the 13 provinces and territories of Canada (Nunavut was added in 2017). If you feel like throwing some coins in the fountain to make a wish you should know it goes towards a great cause. The money is collected and washed and then deposited into a government bank account. Every year it’s awarded to the winner of the Centennial Flame Research Award which has been around since 2005 and is awarded to a person with a disability to enable them to conduct research and prepare a report on a person with disabilities and their contributions to Canadian Life.

In addition to the Centennial Flame, there’s lots of plaques and statues placed around the grounds of Parliament Hill that reflect historical figures and moments that shaped Canada as a country. While approaching the back of Centre Hill you can see the round share of Parliament Hill close to the fence. Approaching this fence also gives you a stunning view of the Ottawa River and you can actually see all the way across to Quebec. Okay, it’s not that far but it’s still a really pretty view!

The Parliament of Canada Tour typically lasts anywhere from 20 minutes up to an hour. If there’s something going on in the building the tour is typically shorter since there’s less access. There are elevators available for those in wheelchairs and those with strollers so make sure to ask your tour guide if you require it.

While you learn many things on this tour (too many to mention), one of the coolest things you learn is about the Library of Parliament. It’s only accessible to those working in parliament (or their aids) and the public only gets to step into and take a look during tours but they don’t actually get to walk around or anything. It’s also really interesting that it’s the only part that’s still standing from the original Parliament Building. The rest of the building burnt down in 1916. The library was only saved because one employee thought to close the massive steel doors that separate the library from the rest of the building. 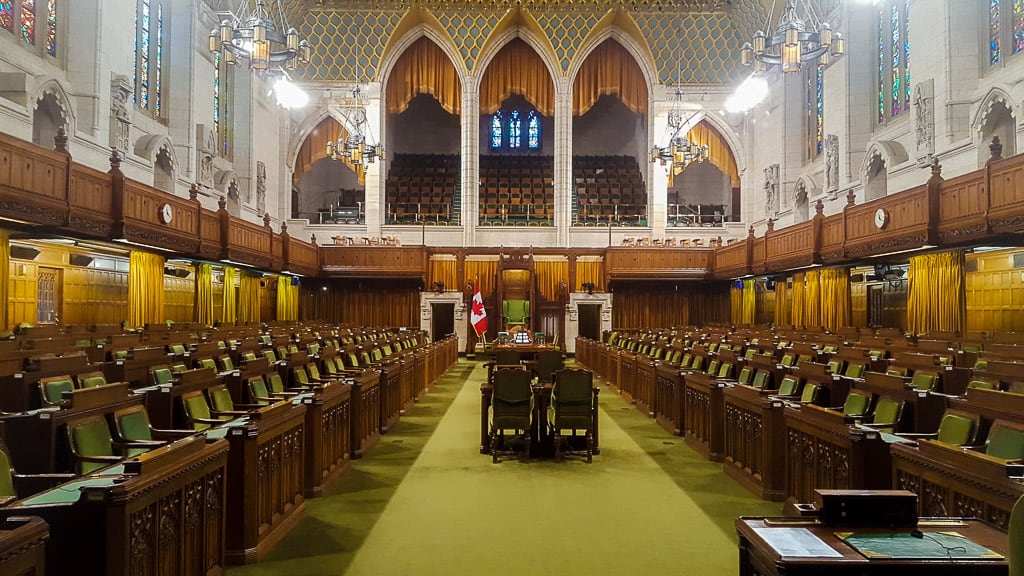 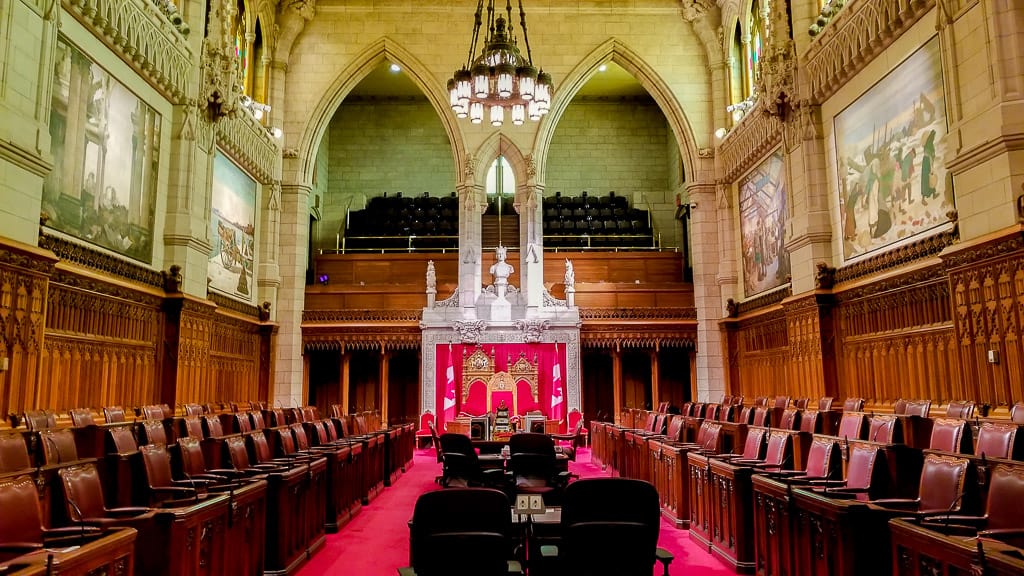 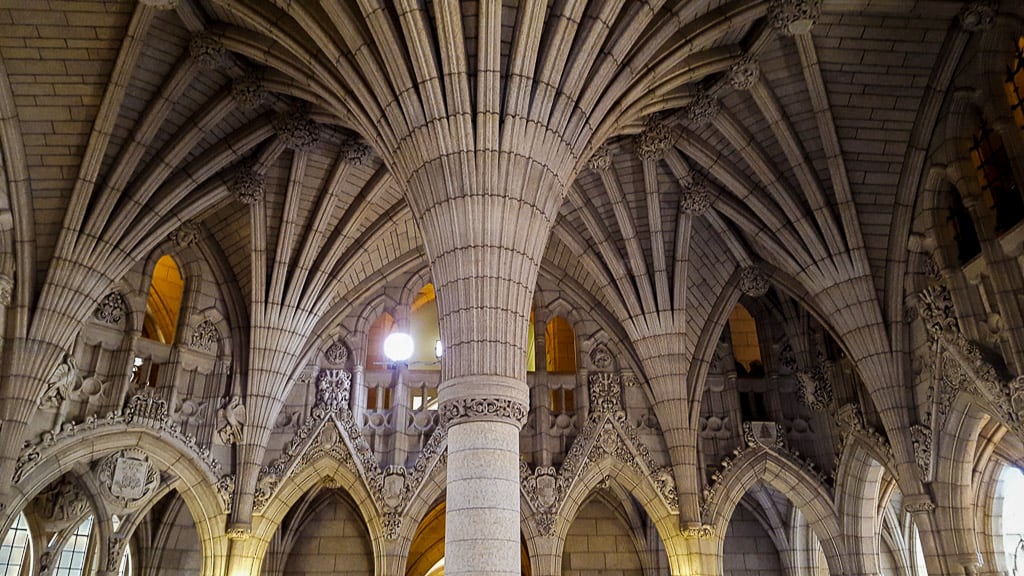 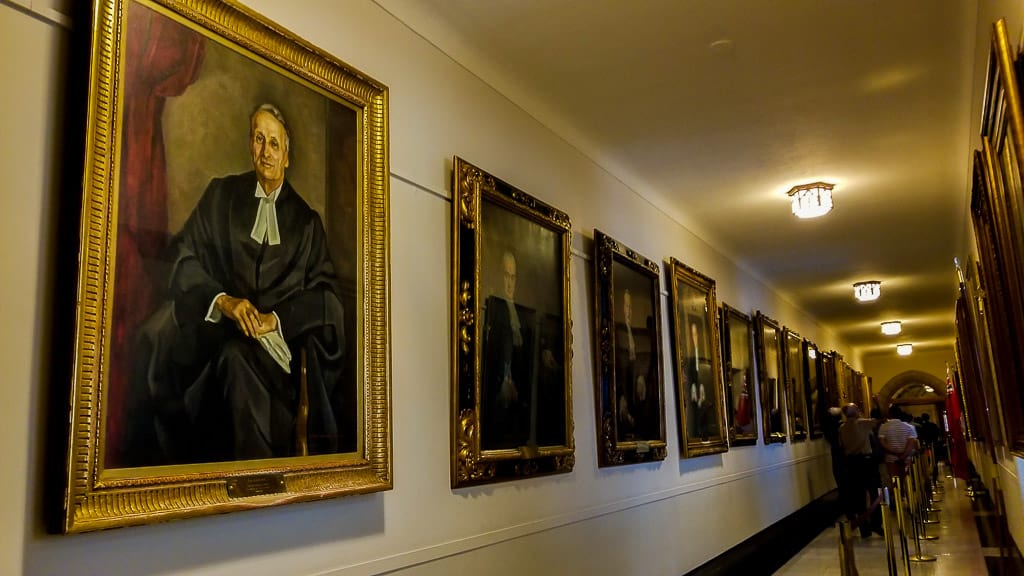 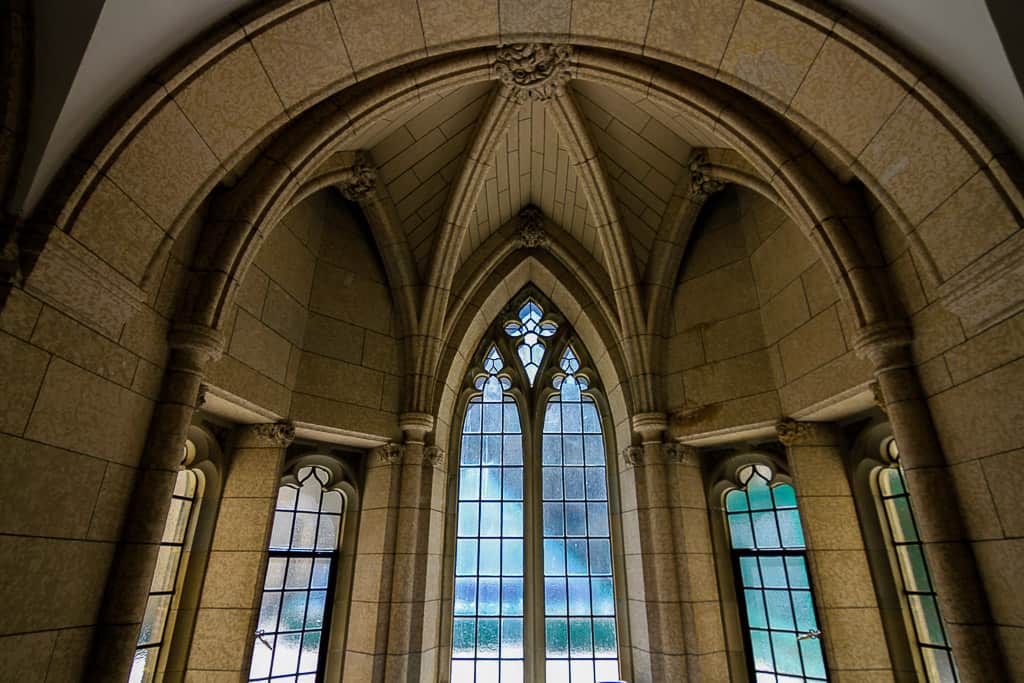 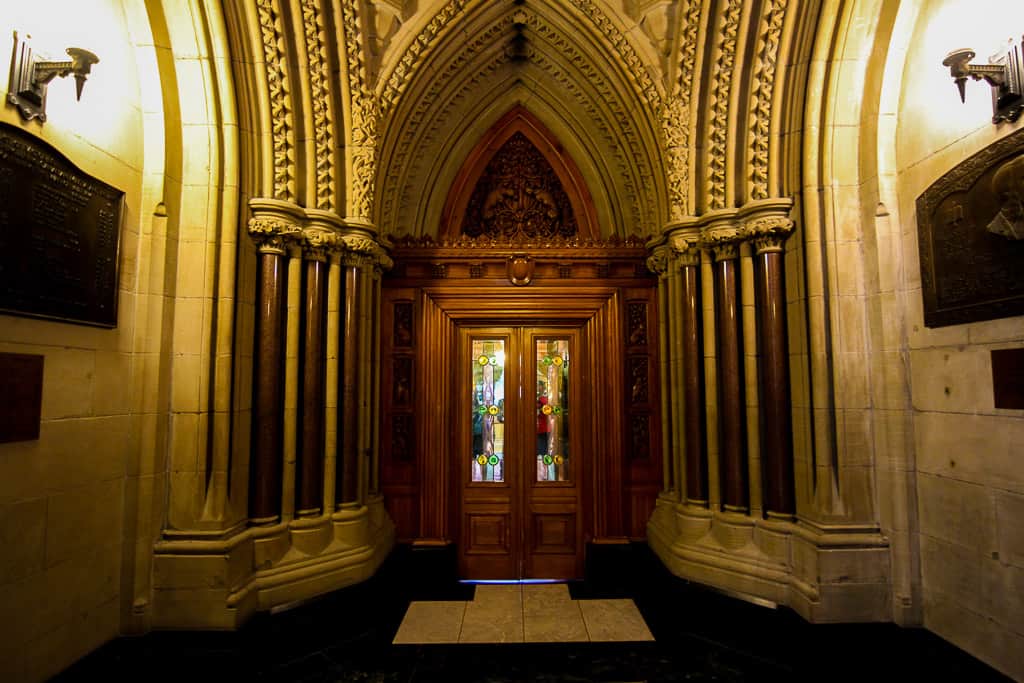 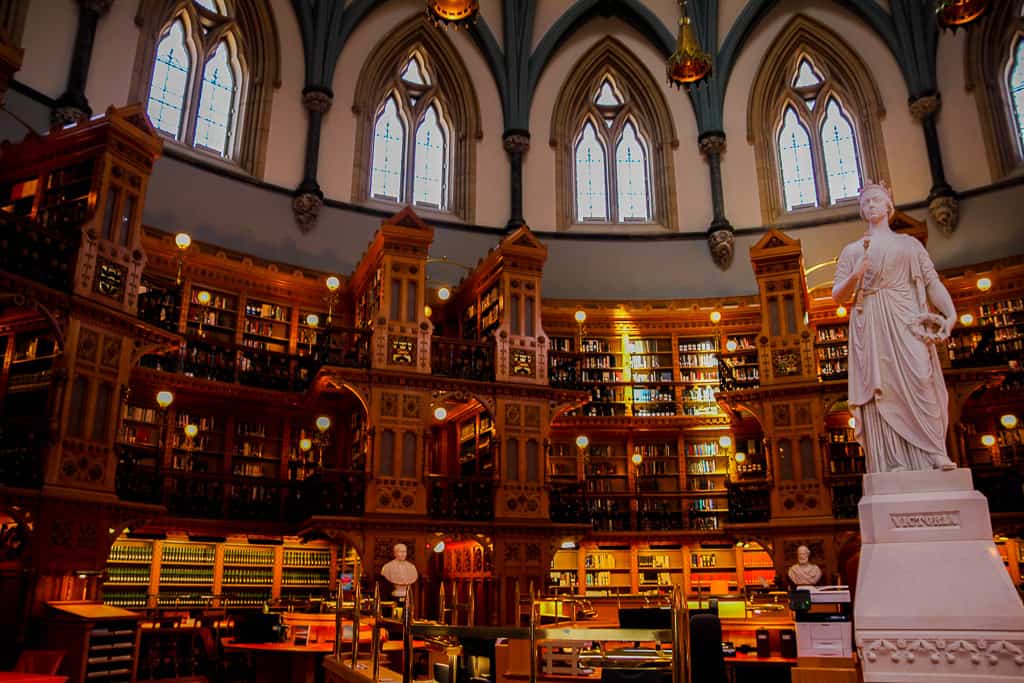 The Freedom Tower (the center part of the Center Block) and the Memorial Chamber are not part of the tour. If you have a ticket for a tour you have access to them after your tour and you’re free to go check them out. If you’re only interested in visiting the Peace Tower and Memorial Chamber you still have to get a ticket. They can be obtained at 90 Wellington Street on a first-come, first-served basis.

The Freedom Tower is the 92 meter high tower that is the center part of the Center Block Parliament Building. The main selling point here is the stunning view you get of Ottawa. It can be seen in the below pictures! Fair warning, the elevator is cramped and ancient. If you have problems riding in elevators you may consider skipping the Tower.

The Memorial Chamber is located right by the elevator up to the Peace Tower and it commemorates Canadians who have lost their lives in military service.

Have you toured the Canadian Parliament? Would you? Let me know in the comments and pin this post for your own upcoming visit!