Odds are that you’ve seen a ton of pictures and videos from the stunning country of Iceland lately. Iceland’s an incredibly up and coming destination and there’s plenty of reasons to visit Iceland. While it may be difficult to narrow down the best reason to visit Iceland, I do have to throw my support behind the waterfalls in Iceland. There are so many, and they are all so incredibly stunning. You could spend a week chasing all of them but I’ve put together this guide of the 5 most stunning ones you absolutely have to see while in the country!

Gullfoss is arguably one of the more popular waterfalls in Iceland. This is because it’s on the Golden Circle which majority of visitors to Iceland will drive around on (since it’s right outside of Reykjavik). The waterfall is 32 meters high (across two stages) and is on the Hvítá river which gets it’s water from Langjökull glacier, which is Iceland’s second largest glacier.

Gullfoss actually has an interesting history. Investors originally wanted to harness the power of the falls to produce electricity and so in 1907 an Englishman actually tried to buy the falls from the Icelandic farmer who owned it at the time. The sale was declined but the farmer eventually ended up leasing the falls to the Englishman. The daughter of the farmer wanted to have the contract voided so she used her own savings to hire a lawyer in Reykjavik. The trial lasted for years and she walked to Reykjavik barefoot several times to follow up on the case even going so far as to threaten to throw herself into the falls if they began construction on it. The trial was unsuccessful but because the Englishman never payed rent the contract was cancelled anyways. It was an important incident because it brought light to the fact that the environment needs to be protected and as a result the Gullfoss area was designated a reserve in 1979 to protect the waterfall.

Gullfoss is an accessible waterfall which only requires a 5-10 minute walk to the platform to view it. There are two levels to the platform but you should expect to get splashed both on the trail and on the viewing platform!

Okay, Seljalandsfoss was by far my favorite waterfall in Iceland. So much so that it’s actually one of my favorite things we saw/did in all of Iceland. I can’t recommend visiting enough and let me tell you why. Not only is it the shortest hike ever (it’s like 3 minutes) but it’s got a gorgeous rainbow right beside it. PLUS, you can walk behind it! How freaking cool is that? Honestly, our visit here was something like straight out of a book. When we got out of the car a pack of Icelandic horses ran by! Like how cool is that? It was just so picturesque!

It does get really muddy behind the waterfall and it does close in the winter when it freezes over. But if you wear proper shoes and even a rain coat you’ll have no problem doing the walk behind the waterfall and taking some incredibly cheesy pictures. Heads up for the stair case down afterwards. It gets super slippery with the mud. We can attest to this as we had two people slip and fall. They were okay though and we all had a good laugh at their expense!

Skogafoss is fantastic because you can actually walk right up to it. I mean you’re going to get drenched because of the splashes so that’s a risk you take but unlike some of the other falls there’s no water at the bottom (like no pond or lake) so you can walk all the way up to it. Judging by how far away our pictures are that’s obviously not a chance we were willing to take haha. But even looking from it afar is super impressive!

There’s a couple of other highlights around here that I highly recommend. One is the hike up to the viewing platform. In the picture right below you can see it on the right hand side. It’s about 550 odd steps up and then you’ll see the metal viewing platform which gives you a look out over the falls. There’s a little ladder you can climb over the fence to hike along the falls as well but I’m unsure of whether it’s on private property or not. Right before making it to the top, you’ll see a path on your left that’s worn down from walking. If you follow the path you get to see a nice little surprise of a face in the hill looking at the plants!

The second thing you can do around this fall is to see a stunning lavender field! Obviously this will be seasonal but we were there in June and were blown away by how pretty (and nice smelling!) the lavender field was!

Dettifoss is located in the Vatnajökull National Park and the water in the falls comes from the Vatnajökull glacier. The sediments in the run-off is what colours the water the greyish colour you can see in the pictures below! Dettifoss has the greatest volume of waterfall of any waterfall in Europe! It’s a spectacular waterfall and the strength at which the water comes down is immense. You’ll often times see a rainbow because of the force of the water which makes for incredible photographs! 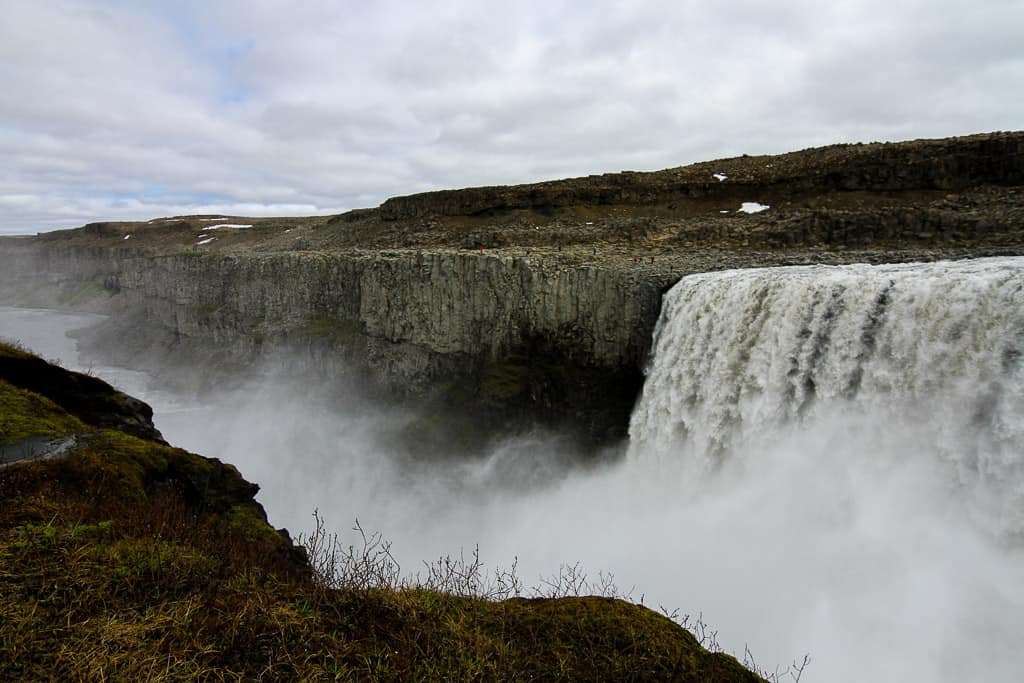 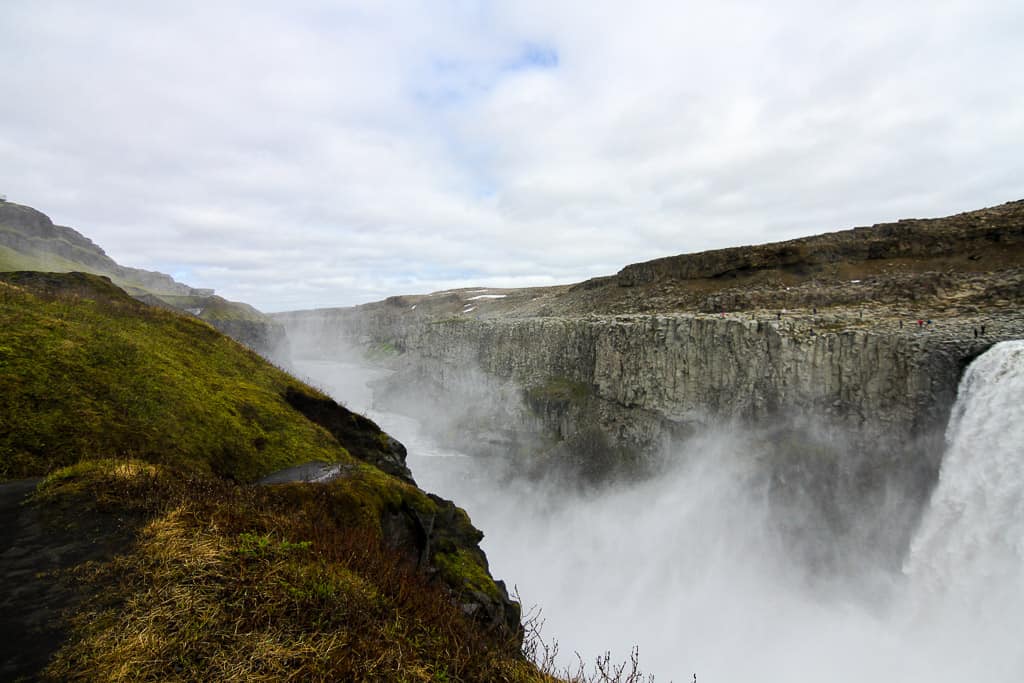 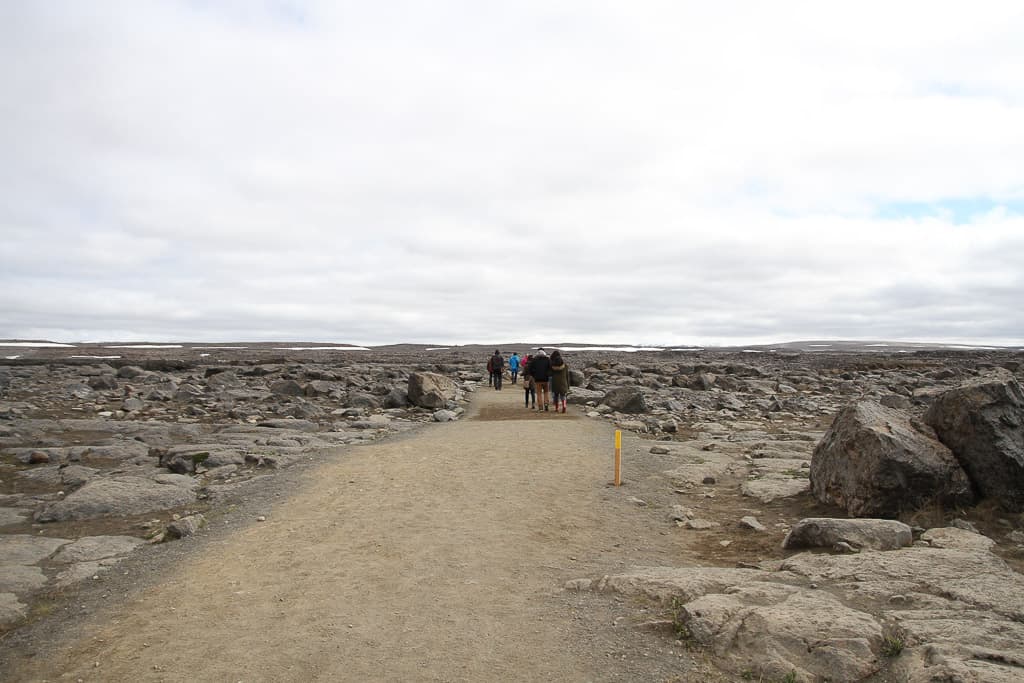 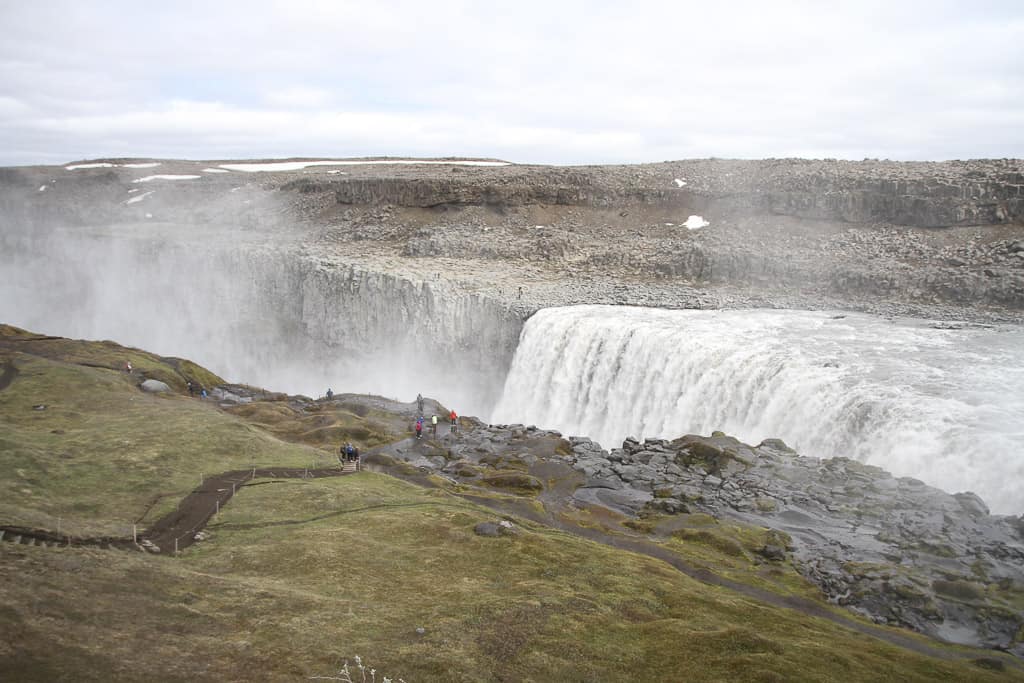 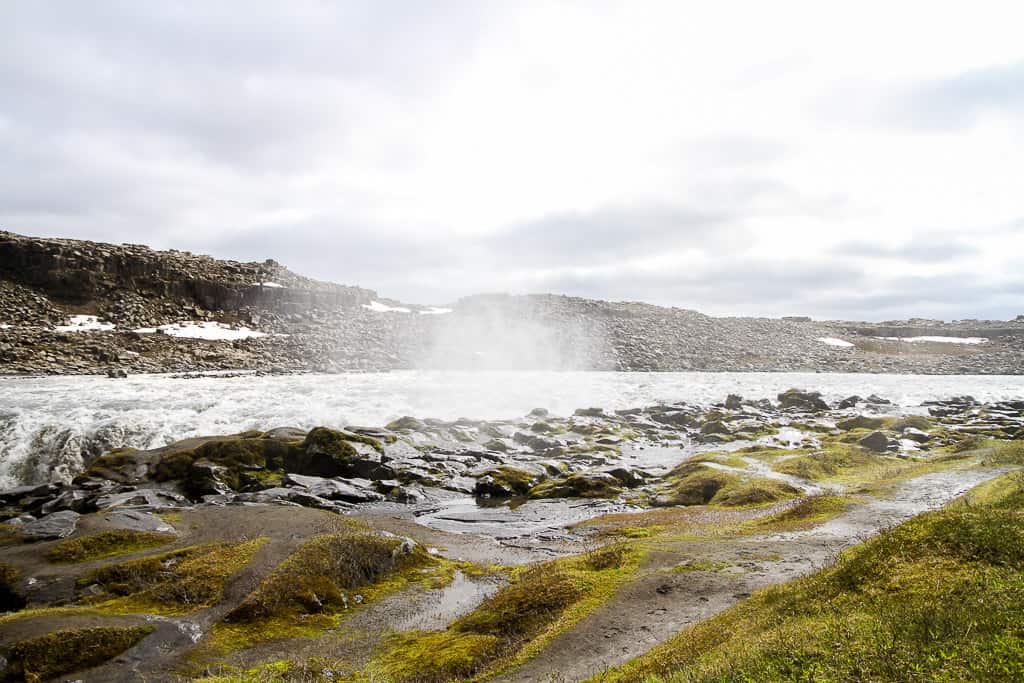 Godafoss is Icelandic for waterfall of the Gods. While not a super tall waterfall (12 meters), it is quite wide (30 meters) and the flow of the water is quite spectacular. The falls come from the river Skjálfandafljót which originates in the highlands of Iceland. Around year 1000,  lawspeaker Þorgeir Ljósvetningagoði made Christianity the official religion of Iceland and one of the Icelandic myths states that after converting, Þorgeir threw his Norse God statues into the falls. While there’s no real legitimately to the myth it’s pretty cool to picture it when you’re there.

Accessing the falls is very easy as it’s way less busy than the other ones. There’s a parking lot for your car and it’s a fairly straight and flat walk from there to a viewing point of the falls. There’s rocks you can jump to get closer to the falls but that’s obviously at your own risk.

I’ve put together a map showing the locations of these stunning waterfalls in Iceland so you can better plan your trip to include all of them!

Have you been to Iceland? If so, did you manage to see any of these stunning falls? Let me know in the comments and pin this post for your own upcoming trip!